skip to main | skip to sidebar

Oxford used to be the Home of Lost Causes. Now It is Their Bunker 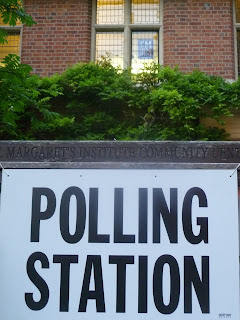 Bad losers are very un-British, or used to be at any rate. Fair play used to be the essence of Britishness. But die-hard Remainers loath it like every other British tradition.
The hysterical reactions of local Liberal Democrats in Oxford to their defeat a week ago brings Peter Pulzer’s famous definition of Fascism to mind: “Fascism is when the wets turn nasty”. Neither liberal nor democrat, the hegemonists of North London and my own North Oxford are turning into Euro-fanatics whose contempt for democracy is becoming openly Fascist.
The cult of youth, the contempt for the elderly and the preference for direct action – albeit taken by others – over the ballot box are all too Fascistic for comfort. The hunt is on even for our own Matteotti. The Telegraph’s Catherine Gee posed a hardly rhetorical question whether her reader’s would have killed Hitler or Stalin in their cradles and wouldn’t do “the same” to Nigel Farage? On the Sunday after the referendum I sat behind a BBC TV journalist screeching, “God, I want to smash Vote Leavers in the face”! She could hardly control her venom against “that foetus” Gove. One Europhile Oxford historian of the First World War was so shell-shocked by the result that he has been effing and blinding on Twitter all week about Oxford graduate “Outers” calling them “W*nkers” or worse for not voting like him! 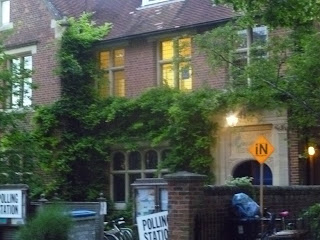 All of this hate-speech has let the virus of a post-modern anti-democratic mentalityout into our society. Deploring on the one hand the intolerance of anti-migrant views allegedly underpinnng Brexit voters' choice, before decrying the need to heed their votes, at best the embittered Remainers call for a re-run and at worse pour personalised threats out into the internet against Leavers. PC Plod and ex-prime minister David Cameron are all agog about graffiti on a Polish centre in London. But the Thought Police ignore high-profile incitements to violence like the ones from public personalities which I have quoted.

Although I have lived surrounded by euro-conformists in leafy North Oxford, this kind of frenzied rejection of the referendum result took me by surprise. I should have known better, after all the first seminar paper I gave in Oxford was about “Fascism as the Revolution of Youth”. But none of us like to think it could happen here.
Symptoms of the local totalitarian mentality were immediately apparent last Thursday on the path to my local polling station in Polstead Road which was festooned with Remain posters and it even had a Remain banner in its front-window! The house next door was the local Remain HQ and plastered with posters. Several neighbouring Remainers coming to vote could not see anything wrong with a polling station advertising only one option. Leavers often expressed a naive faith in British fair-play when the subject of possible fraud in the voting or more precisely the counting was raised. This is England, they boasted! That sort of thing only happens in Ukraine! However, for Oxford’s blinkered Remainers, who provide the election-organising and vote-counting class, it was striking that blatant bias and illegal campaigning at the polling site was given a pass when done by the right side. After all, everyone around here is Remain as one put it to me. The referendum was a festival of unanimity North Korea-style. 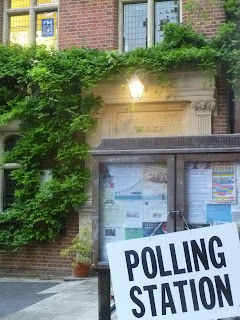 As I wandered around the city on Oxford University’s Open Day today for potential undergraduates, I lost count of the times a scholar or stooge undergraduate was holding forth about what was wrong with the Leavers or “reassured” would-be students that the university as a Remain stronghold – which from its Chancellor, Vice-Chancellor downwards it is. No debate in this home of lost causes is taking place – or permitted.The forlorn Euro-flags fluttering from the windows of colleges whose student inhabitants decamped to Glasto without bothering to vote give the city the air of a Danzig or Nuremberg at the moment they fell to the Allies in 1945 when the swastikas were still draped over balconies. Once Oxford was romantically Jacobite, now it is the Bunker of referendum denialism.
One North Oxford grande dame was furious when her two veteran cleaners admitted to voting Leave. Poles are likely to replace them. East European competition has made it possible even for dons to afford servants for the first time since the Great War. Fine for them but economic self-interest not racism makes the native servant class less enthusiastic about falling wages.
In their frenzy of rejection, the Remainers are upside-down and back-to-front. The very same liberal voices which decried “racism” in Leave propaganda are now threatening us with – to coin a term – a “swarm of migrants” from northern France once Brexit is enacted. Others decry how elderly risk-takers have stolen the future of the UK’s cautious, conformist conservative youth represented by the stars of Glastonbury bleating about whether they’d need visas to go to Ibiza.
But it is the threats of violence against Leavers which should be attracting attention. After the horror of Jo Cox’s murder, the BBC as well as much of the liberal media was filled with pious calls for a non-polemical approach to campaigning. The no-holds-barred bile directed by so much anti-social media at Boris Johnson and Nigel Farage since was soon  getting out of hand.
Bojo baiting was everywhere. Even the country house opera set can’t avoid it.  At Grange Park Opera on Sunday, its director, Wafsi (a household first-name, like Boris, at least in her own troupe) came on stage to denounce Boris. When some audience member demurred, instead of shutting up Wafsi decided she who pays the piper calls the tune and turned to her orchestra to ask them if they hated Boris. A few moon-faced violinists began to bleat two legs good, four legs bad, but other players sat stony-faced. Imagine if a Leave employer had asked employees to join the chorus of Out and Proud!
If you thought the referendum result was a classic example of Britain’s ability to make a revolutionary change without bloodshed, don’t think the Remain camp are going to grin and bear defeat. 1945 or 1979 were models of radical change through the ballot-box. 2016 should be another triumph for our way of making big decisions but the liberal elite is in denial of their defeat just as the new Fascists were after the First World War.  Remember the Mussolini’s, Lavals and our own Sir Oswald Mosley – fan of a united Europe to his dying day – were all renegade lefties eighty years ago.
Hampstead harpies and North Oxford feminists are in the forefront of the hate campaigns against Leavers. Their over-emotional response to the Out vote and hysterical calls for violence against the majority who frustrated their choice recalls the mentality of the fanatic women sitting knitting at the foot of the guillotine during the French Revolution. To most of us, they are about as seductive as Madame Defarge’s knitting-needles, but having seen one killing during the referendum campaign, let’s not discount the drip-drip effect of hate-media on impressionable or unstable young people.
France's polarised atmosphere in the 1790s produced its Charlotte Cordays as well as its real life Defarges.
Is the Britain now somewhere between the meeting of the Estates-General and the Terror, on the brink of the abyss? Or is our country entering the festering decay of constitutional authority as happened in Italy and much of Europe after 1918? The rhetoric of the referendum deniers sounds more Fascistic. It has none of the libertarian, egalitarian or fraternal tinge of the French revolutionaries'. Instead it is overflowing with bile against the poor, the chavs, anyone who outvoted the liberal elite.
With a Tory leadership election scheduled to last until September and the Blairite veterans of his bloody Iraq war bent on decapitating Jeremy Corbyn’s leadership of the Labour Party, the post-Fascist frenzy to suppress anything passing for the popular will has many opportunities to burst the banks of peaceful politics.
Wouldn’t it be a bloody irony, if a consequence of the British people voting to recover their traditional way of life was marred by the introduction of European-style political assassination? Our embittered Euro-Fascists’ bark may be worse than their bite. But who can rule out the risk of impressionable and unstable youths turning violent under the influence of anti-social media having a go at Bojo or beating up elderly people as Out voters? One thing is certain:  no-one in the broadcast media or the ancient universities is doing anything to calm the situation. But, remember, the Liberal establishment colluded with the Fascists in Italy and elsewhere  ninety-five years ago, too.
Posted by Mark Almond Oxford at 14:49 No comments: